Connexion + Créer mon blog
<< Home is where the heart is? Hedgehog Day >>

Noon in my mother's garden

First of all, I'd like to thank all the people who left nice comments lately. It always make my day to read them... Every now and then "overblog" doesn't allow me to write back after the comments... But I always make a point to visit your blogs when you leave a comment. The renovation is still going on at the Little White House. It's not always a pretty sight. So far, the new foundation slab is ready. 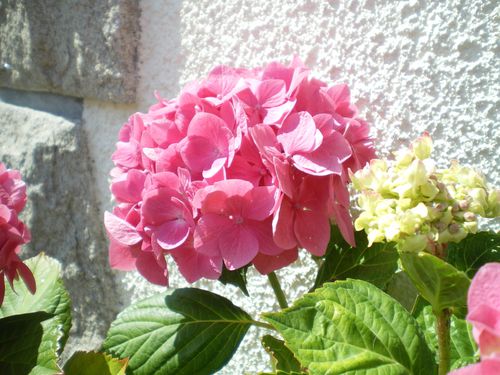 The electricty is being completely redone downstairs. The water pipes are still floating in the middle of the living-room (they used to be along a wall I'm not rebuilding!). On the bright side, the tiles began to be laid on the new floor today. So rather than showing you depressing pictures, I thought I would share with you some pictures of my mum's garden... Where we spend a lot of time talking about what's the house is going to look like later. Also, I was wondering if some of you could give me some advice... cat advice.

My darling Shadow is sick: he had an epileptic fit a few days ago. So far the urea level is OK. It's not diabetis either, it has been checked (I had the results for that a few hours ago). The vet said it could be brain tumour, which freaks me out. I noticed that lots of you have cats. Have you ever had a cat that had a first epileptic fit when he was an adult?

I will have new pictures of the house in a next post.

Magali, from her Mum’s garden 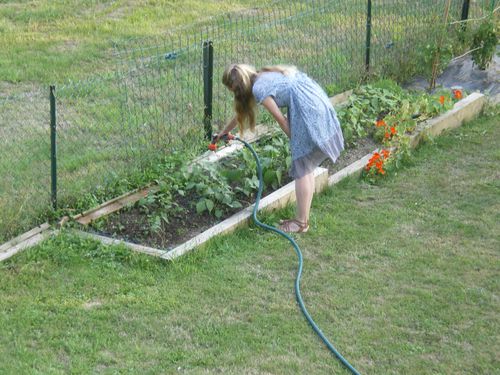 (Me, trying to help in the kitchen garden!) 
Its a lovely garden, hope your cat get well soon. Thanks for stopping by Beach Cottage Good Life Wednesdays.